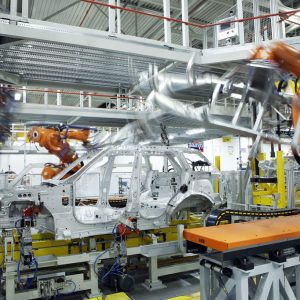 Last week, The Guardian reported that the UK manufacturing industry has hit its lowest growth level since July 2016, shortly after 52% of Brits voted to leave the European Union. The BREXIT deadline is fast approaching, and the uncertainty created by it is colossal. The devaluation of the pound should have theoretically led to the success of the manufacturing industry; however, the immense levels of doubt surrounding the referendum has led to a decline in the number of export orders. But how is BREXIT going to directly affect manufacturing companies?

Talent shortage is already a mounting issue within the UK, with BREXIT predicted to cause national jobs to appear more unattractive to British and International citizens alike. Recruitment and retention of skilled labour could become increasingly more difficult as the UK talent pool is reduced, which may create huge costs for companies.

Increased tariffs created by BREXIT and trade complications surrounding supply chains could result in enormous operating costs and damage to jobs. Effective project management, however, could lessen the effects of BREXIT on supply chains and lead to supply chain reorganisation, improving efficiency in many firms.

On the other hand, BREXIT may have some positive effects on the manufacturing industry. The devaluation of the pound could create more export activity opportunities as pricing becomes more competitive. This would hopefully drive away from British consumption being the core driver of growth for the industry.

Whatever the outcome, BREXIT is undeniably going to have both positive and negative effects on the manufacturing industry. Nonetheless, it’s how companies respond that will determine their success or failure during this pivotal time.

Jigsaw can help fill permanent or interim positions, improve processes, productivity and profitability or improve and develop your workforce skills or supply chain at critical times. Contact Darren Comben at darren.comben@jigsawbusinessgroup.com if you need help supporting your business throughout BREXIT negotiations.

Manage Cookie Consent
To provide the best experiences, we use technologies like cookies to store and/or access device information. Consenting to these technologies will allow us to process data such as browsing behaviour or unique IDs on this site. Not consenting or withdrawing consent, may adversely affect certain features and functions.
Manage options Manage services Manage vendors Read more about these purposes
View preferences
{title} {title} {title}